So, as I mentioned in the B3A3 blog, I actually did that one first, and this one later, because I forgot to check the lesson website to see if there were any update (I keep doing that! I need to make it a habit to always check the website before I start a painting sesh). But oh well, I just waited a week and got to this one this weekend 😀

Also: This time I remembered to record in my notebook what color mixtures I use (just the colors, for now. Although proportion is also important, it’s hard to capture, especially when I’m adding colors the way cooks add spices–to taste). So I’m proud of myself for that. It will probably be helpful when I come back to review and reinforce learning in the future. 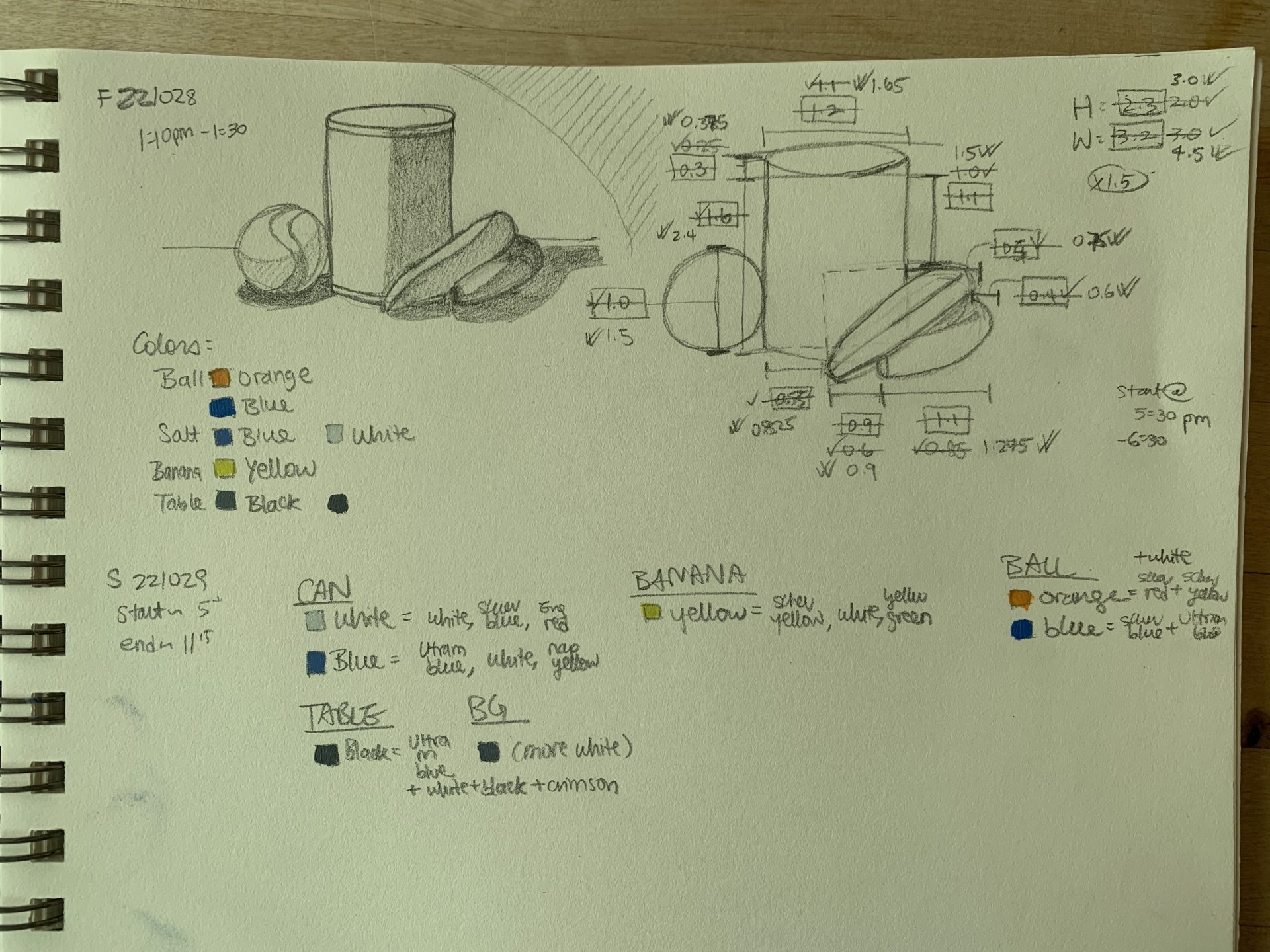 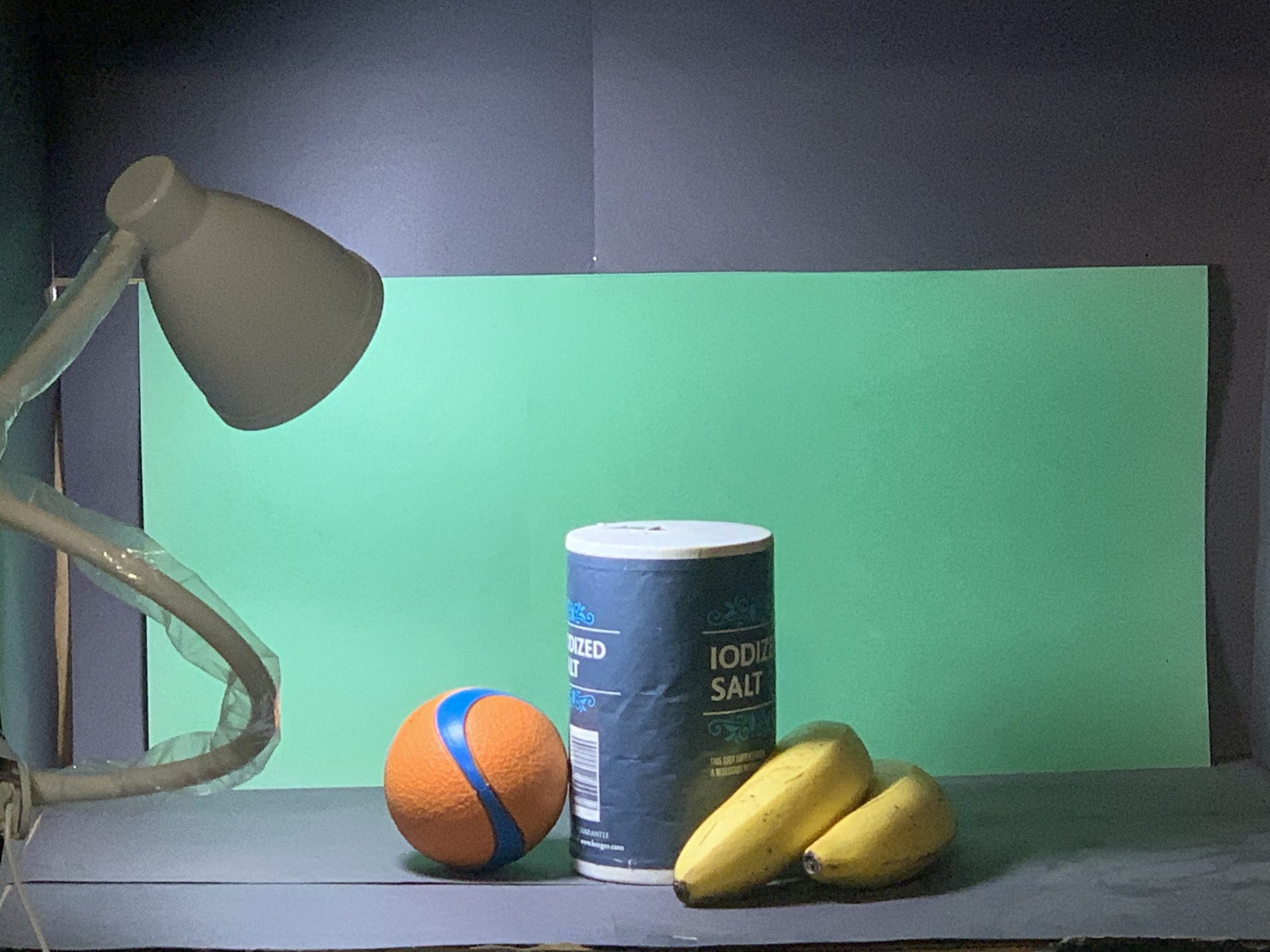 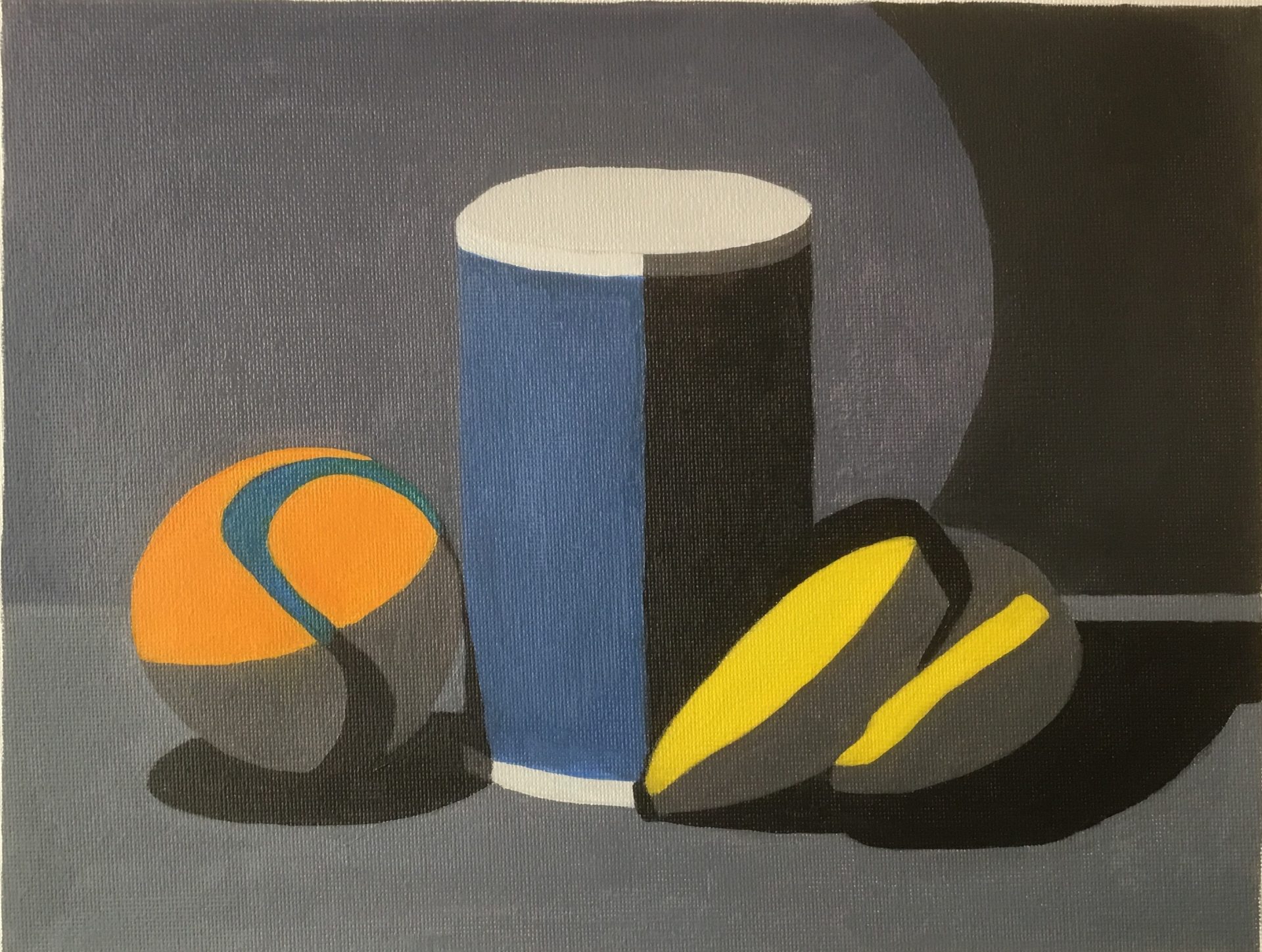 Based on this still life: 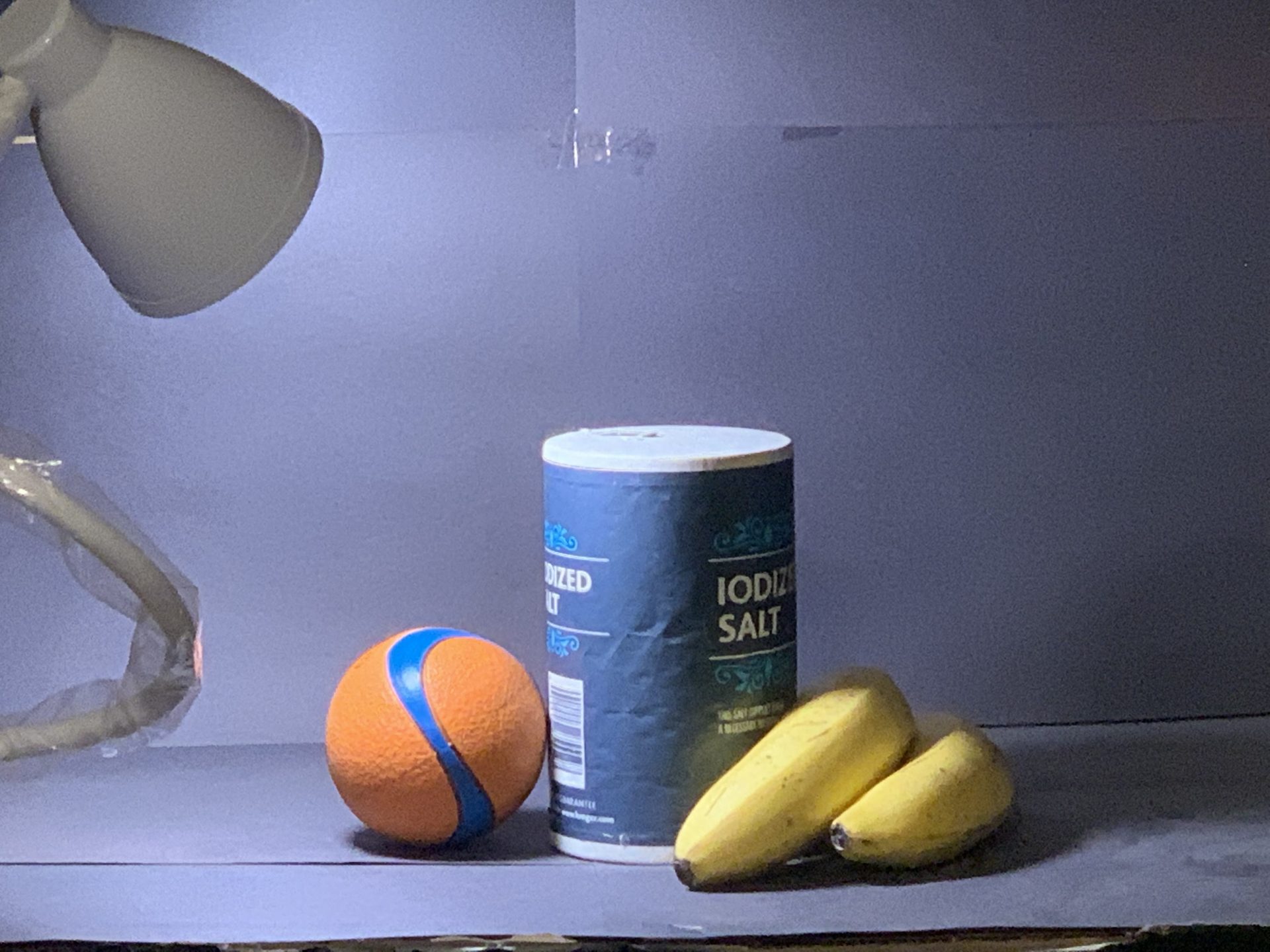